The Arena is a combat stadium where players can test their units in battle against each other. 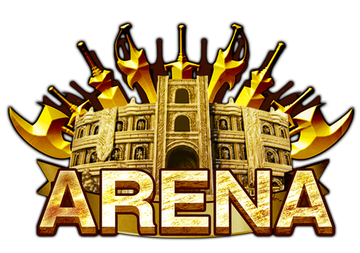 The Arena is a combat stadium where players can test their units in battle against each other. Each battle consumes an Arena Orb. Arena Orbs are recovered once per hour.

Every Arena Battle you win, you receive Arena Battle Points, or ABP, as well as up to 3 Colosseum tickets. There is a ladder ranking according to ABP achieved and each time you rank up, you can get special rewards for that rank.

Once a player has reached the Thanatos rank, they may climb up the Arena ladder again to receive another set of rewards.

Each unit in Brave Frontier has an associated Arena AI which determines the chances of them firing off their BB/SBB. If a unit fails to meet certain conditions, their default action will be a normal attack. In total, there are 13 known AI for all units.

During an Arena battle, you are not allowed to:

Victory goes to the squad able to knock out all members of the opposing squad within the time limit.

If neither team is defeated within the time limit, the winning team will be decided according to the following sequence of conditions:

As the title suggests, you can add a random rule to an Arena match. What rule is activated is random and will vary between matches. Note that random rules may not show up during a match. You will gain additional points when you win with a random rule. A brief explanation of possible random rules is shown below.

These rules give certain units an advantage when starting a match. The advantage is a 50% boost to HP, Atk, Def and Rec.

You can get more ABP by defeating players with a higher ABP rank than that of your own. You must also be careful as you will lose more ABP if you lose to an opponent whose ABP is lower than your own. The max amount of ABP obtainable before bonuses are applied is 200 while the minimum amount is 10. Defeating an opponent with 3000 ABP higher than your own will yield 200 points.

The amount of ABP obtained after you win a battle is affected by how many surviving units you have on your team, your total amount of remaining HP and the total damage that your team inflicted. This also applies to how much ABP you lose when you are defeated by the opponent's team.

ABP only go up or down when a player attacks another player. Defensive wins or losses do not affect ABP.

You can increase your Summoner Rank by accumulating a certain amount of ABP. You will get a special reward when you reach a new rank for the first time, so aim to rank up by actively participating in Arena battles. Your rank can go down if you lose once more after reaching 0 ABP, so be careful. Go to Arena Rewards for the rewards and ranks.

Arena battle results are predetermined before the battle starts. If the App terminates during an Arena battle, the results will be tallied as a loss.

Too many terminations in a short amount of time will cause your arena orbs to stop regenerating until you level up or spend a gem to refill them.

Units used in Arena and Vortex Arena that are Omni+ Boosted receive a multiplier to their total HP stat. This ignores the internal HP cap of 99,999 and is applied last in stat calculation, rounded down.