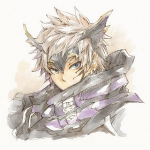 Welcome to my Message Wall!

If you are here to request to join my guild please take note of the following: